Portland opened in January 2015 with the aim of cooking the best produce, simply but with imagination and plenty of care. Our menus have changed a great deal since then, but that overarching idea has not.

In September 2015 Portland won a Michelin star and in 2016 its sister restaurant Clipstone opened just around the corner.

Our wine list is given just as much attention as our menu and changes almost as frequently. Alongside a selection of ‘textbook’ examples, we aim for it to deliver value by focusing on some lesser known varietals and regions. We also have a ‘Single Bottle List’ of rare and esoteric finds.

We very much hope to meet you at Portland soon.

You can find us at 113 Great Portland Street (half way up, opposite the Horse & Groom pub and next to the BBC).

In the evenings, we offer an à la carte menu.

We also offer a 7-course Tasting Menu for £75 which is available at lunch and dinner.

Wine, food and service have equal importance to us – our wine list has always played as big a role as our menu and the way we look after guests.

Our wine buying team scour old cellars, auctions and off the beaten-path wine merchants to create what we hope to be one of London’s finest wine lists. Our 190-bin strong list aims, like all our restaurants, to celebrate wine in all its manifest diversity. In our cellar you will find natural skin-contact wines mingling with textbook red-trousered claret and everything in between.

We take reservations. You may find booking online below the quickest way to secure a table, or please call us on 0207 436 3261. Please note: for larger tables (5 guests or more) we do request credit card details and a cancellation fee of £40 per person will be charged in the event of a cancellation less than 48 hours before the reservation. 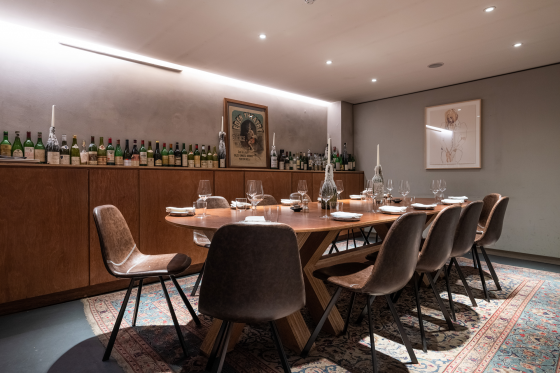 Our private room seats parties from 6 to 16 people.

The room is all yours for the afternoon or the evening and you will have a dedicated member of our team looking after you.

We offer an a la carte menu at £65 per person at Dinner.

At Lunch, we offer our upstairs set lunch at £35 for 3 courses.

To check availability and book the room, please click the link below.

Reservations for the private room are taken here online only.

Should you need to cancel the event, or if there are significant changes to the number of guests (2 or more guests) we do kindly request at least two weeks notice. In the unlikely event that such information is not provided within this period, you will regrettably incur a cancellation fee of £40 per person.

If a booking is cancelled on the day, we will regrettably request the full menu cost per person.

Thank you for booking the private dining room here with us at Portland. Your booking is confirmed, and we are very much looking forward to welcoming you and your guests. Here is a summary of your booking:

We are currently hiring waiters and chefs at all levels. To find out more about working here at Portland see the below short film we made.

Please email your CV to [email protected] and we will be straight back in touch.

We are always on the look out for stagiaires, young, hungry cooks who might want to spend from 1 day to 1 year working with us here at Portland. You will be fully involved in the day-to-day running of the kitchen and you will not be hidden anyway peeling vegetables all of the time! 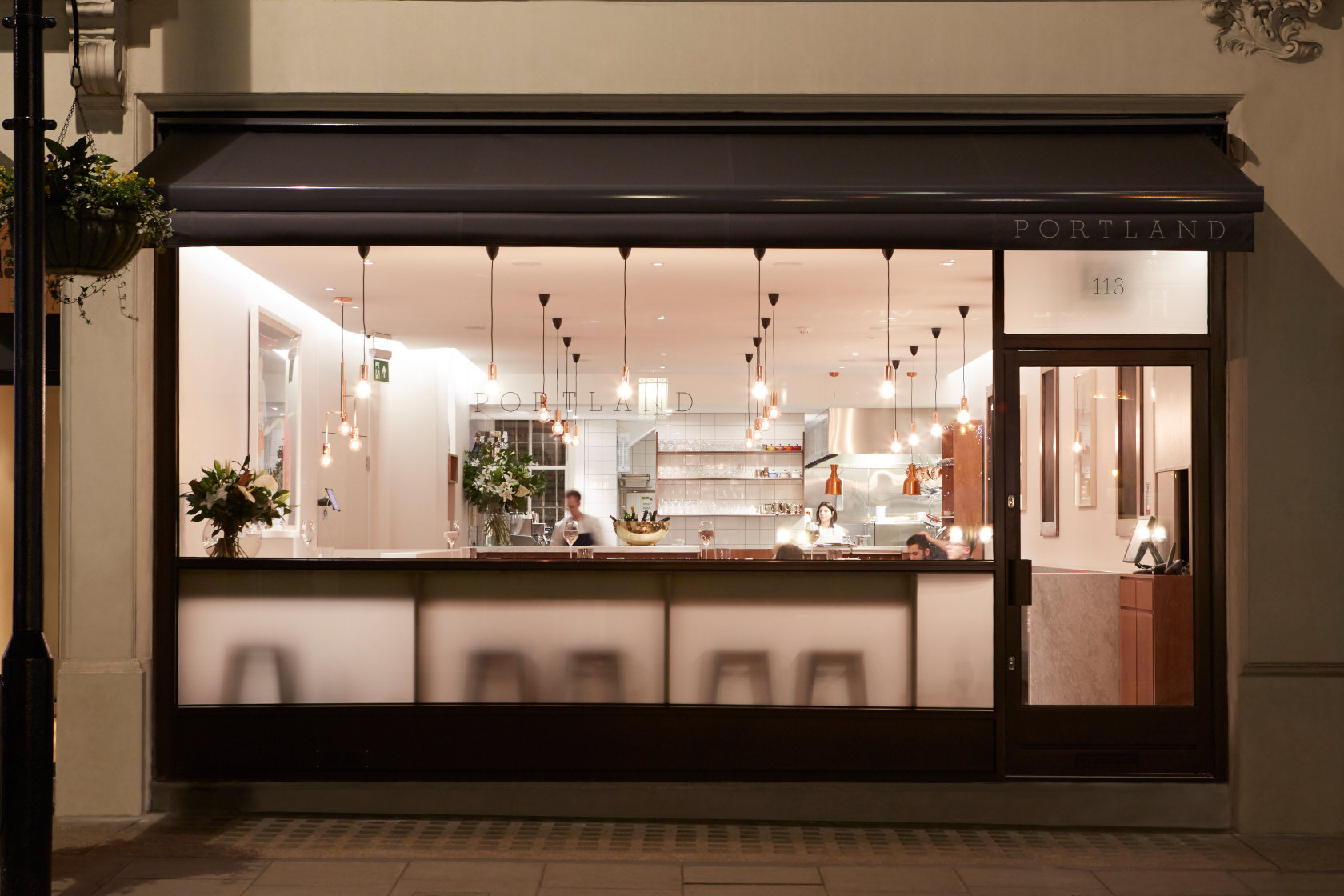